All the world's a stage, and all the men and women merely players 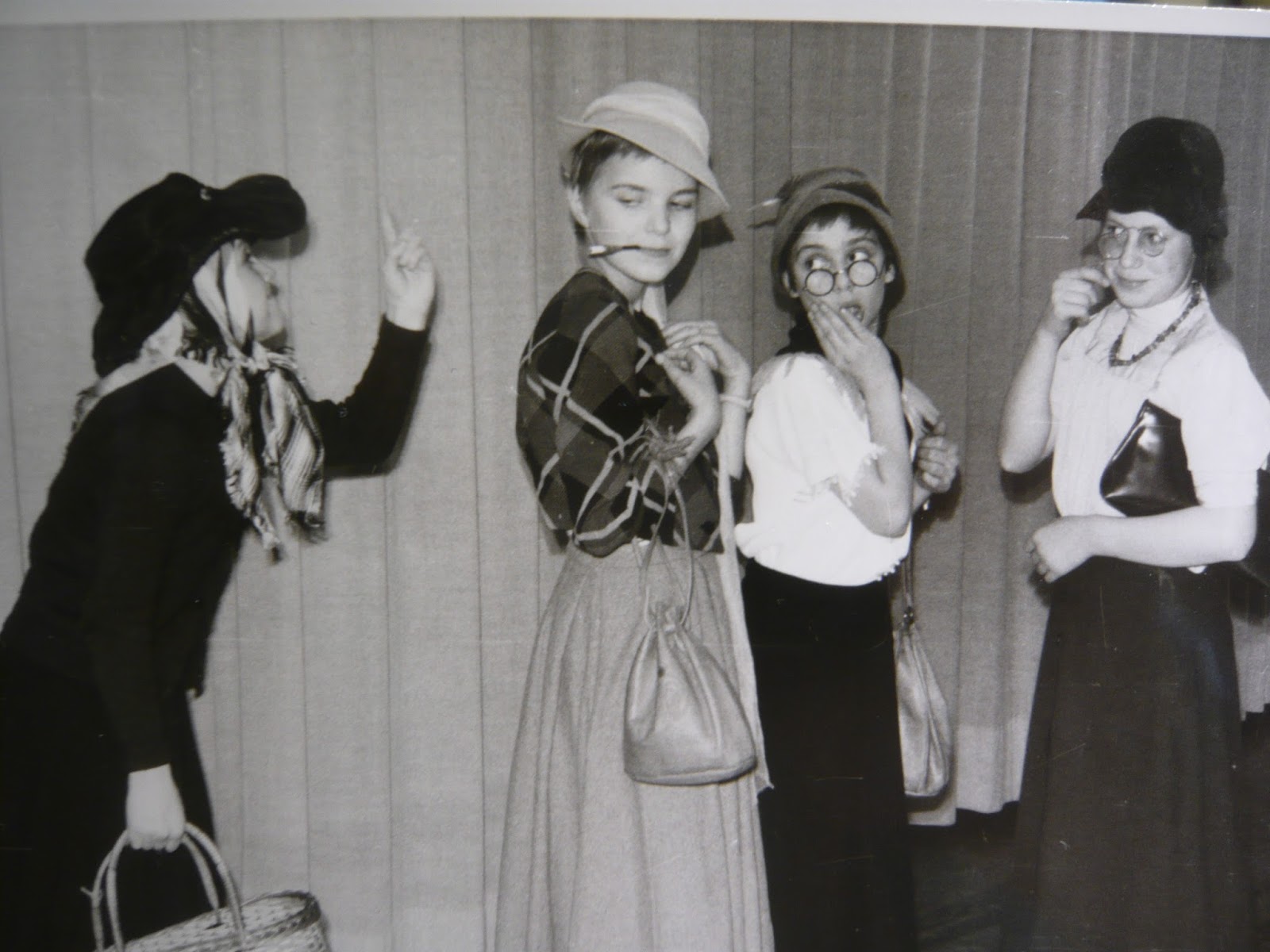 Today I got a letter from a class-mate I haven't seen for - um, well... let's say: for a very, very  long time. To be accurate (haha): since our A levels.
She sent me this photograph - guess who of the four beauties I am in this Oscar-winning play?
Oh - you only guessed because I was tall even then - here stooping because I was insulted by that old bickering witch  decent housewife with the unbecoming headscarf - and you'll never guess what I was accused of...
I played a lot in amateur theatre - and I liked it so immensely that I wanted to become an actress.
I may have told you before that the theatre of Wilhelmshaven (I lived in Bremen) offered me to play there - I repeat it, because I'm still a little bit cross at my parents, who received the letter with the the offer and didn't show it to me, of course as always meaning well for me - they suggested I should study something sensible.
Well, nowadays I see that maybe they were right (though I would have preferred to decide myself). Thinking of most of the other parts I played, they always showed a lot of leg, I was often wearing chic hats, and had to look vain (evidently the 'stage directors' didn't recognize my inner beauty). With that haircut - I thought - I could have run through Paris, "Out of Breath" together with Jean Paul Belmondo! (I  often tended more to Modesty Blaise than modesty. Glad to have outgrown that).
Later my employer, the Federal Employment Agency in Nürnberg, discovered my hidden talents and I acted in two films ("Counselling in Groups" and "Data Protection" - not very glamourous, I fear - though even then I tried my very best).
We have some actors among our friends, and I see that their life isn't always easy. But - and that is oh so important (to me, at least): it is very exciting, always. (You won't chorus my parents' song now, don't you - I know it - by heart).
Growing wiser (my best running gag, I know) I see the global play:


All the world's a stage,
And all the men and women merely players;
They have their exits and their entrances,
And one man in his time plays many parts,
His acts being seven ages.
As You Like It Act 2, scene 7, 139–143

Email ThisBlogThis!Share to TwitterShare to FacebookShare to Pinterest
Labels: All the world's a stage