Would You Entrust this Mail Box with Your Post Ballot? 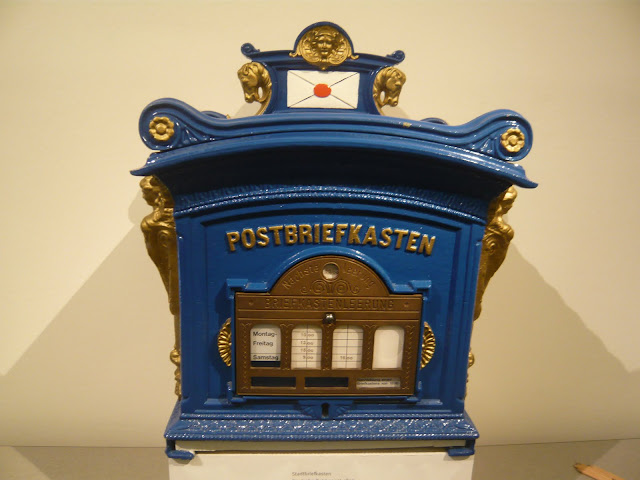 Dear You,
I read Joanne's vibrating post about the American election and that she distrusts the post to deliver the post ballot.
Here in Germany we hear about that distrust a lot, and if I were you I would walk miles to the next polling location to give my vote personally to be sure that it counts.
But what of the old people, the infirm, or people who have or fear to catch Corona?
In the Sunday paper "Die Welt am Sonntag" I found an interesting article about the American postal system.
The United States Postal Service was founded by Benjamin Franklin because the 13 British colonies strived for independence. "The postal system" so the journalist Matthias Heine, "thus was older than the 1776 founded country which it served."
And, he emphasises, it is the office the contemporary Americans trust most.
When president Trump and administration chief Louis Joy, who was assigned by Trump,  now remove many, many mailboxes and lay up post sorting machines, Trump's political opponents see that as an attempt to manipulate the election.
Instead of 33 million Americans who voted 2016 through mail, now - because of Corona, so Heine, it could be the double number of mail voters.
As literary scholar (and always loving "the little peculiar things") I was amused to read that
William Faulkner and Charles Bukowski worked in post offices while preparing to become authors.
Faulkner opened his store only if he wanted, he played cards in the back-room while people waited outside, read the letters of other people and threw away what he thought unimportant.
Charles Bukowski (you can read that in his novel "Post Office") worked lazily, but stayed 11 years.
They could not fire him.
And the journalist Heine ends his article with the words:
"Trump would find in the novel (= Post Office) a few more good arguments for his distrust of the Postal Service."
But don't get that journalist wrong: he is not pro-Trump. Some lines before he writes:
"Trump has manifold insinuated that through post ballot on a massive scale it could come to massive election fraud - against him, of course" (Matthias Heine, tongue in cheek).
Yours Truly,
Britta
Posted by Britta at 10:59