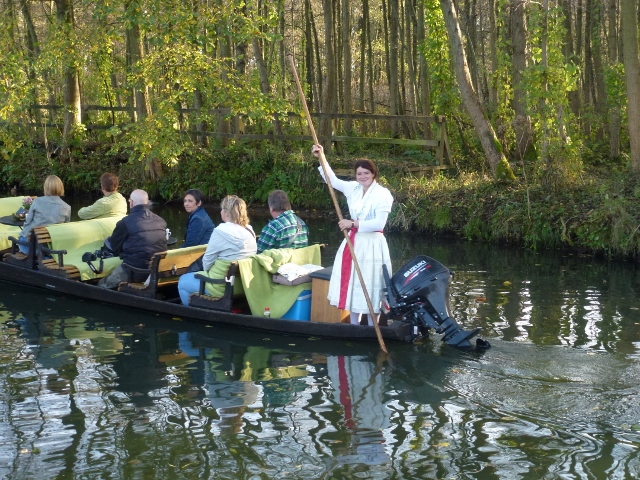 On a very sunny (!) 2nd November (!) with 19°C (!) husband and I drove to Schlepzig in the Spreewald, where I had never been before. Above you see a women in a traditional costume - worn for the tourists now - who punts a boat with up to 20 guests on the many rivulets and rivers.
The Spreewald (the Sorbian word for it was 'Biota' = swamps) is a huge area with bogs and marshes, protected as a biosphere reserve, in Brandenburg, which was formed in the glacial period. 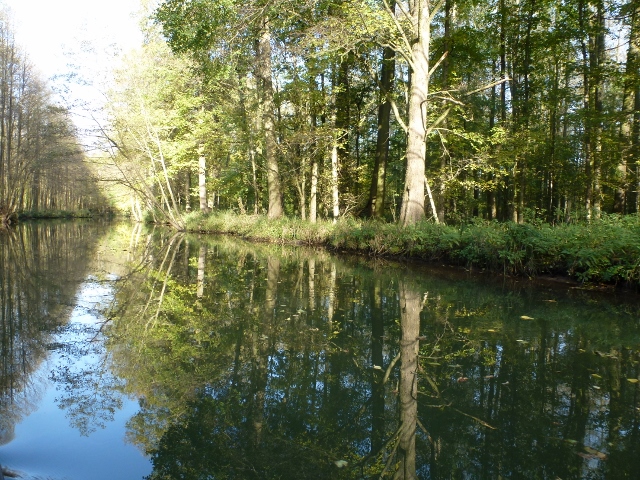 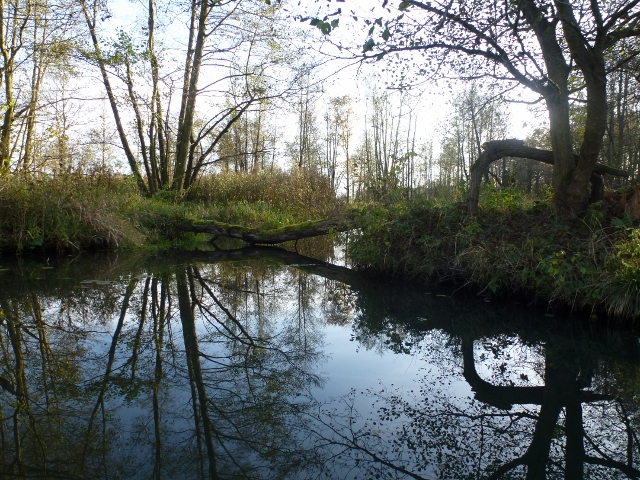 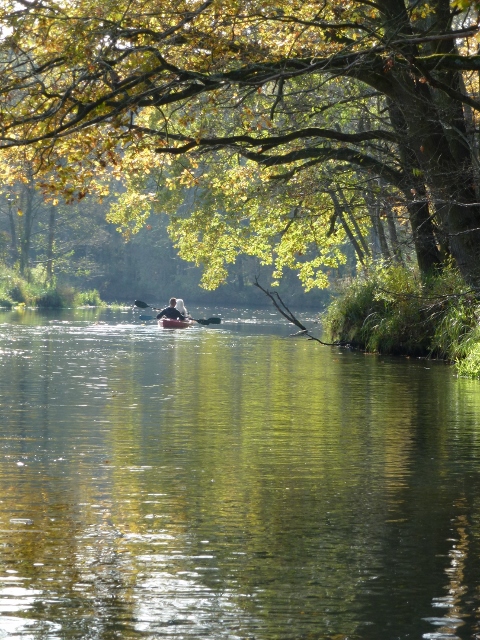 One and a half hour we were punted by a nice man (who viewed the wild woods merely with the eyes of a treefeller: "Here I was allowed to axe a broken tree - there I collected five trees... which brought me fine fathoms of stovewood for my 'Bullerjahn'.. ." (a special sort of oven - and I think they really need the heat in winter - even in Berlin we have Siberian frost sometimes).
Inwardly, I believe, he thanked his silent little helpers: about 50 beavers live around Schlepzig, and they are working hard. Over hundred years there hadn't been any (only being thought of in the social-critical comedy "The Beaver Coat" by Gerhart Hauptmann, for which the Berlin Board of Censors predicted in 1893 : "Petty painting without any plot of relevance...that dull pathetic effort will not see many enactments" - and thus erred enormously: it became very, very famous).
So  in 2003 the first beaver immigrated back to the Spreewald - hailed by environmentalists, while the LUVG printed a little brochure "How to live with the beaver". 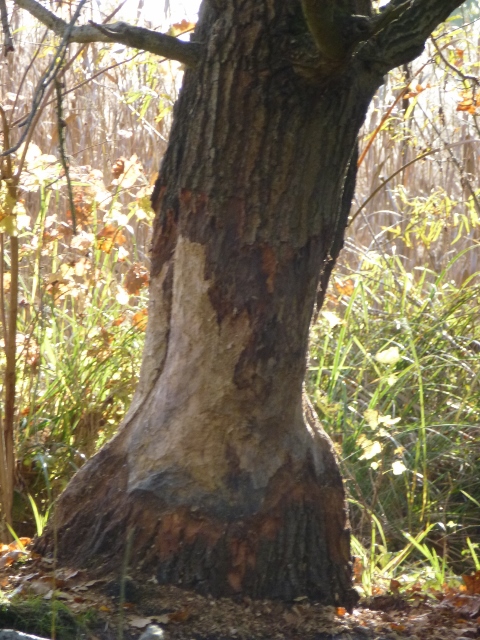 After dinner in the beautiful Landgasthof 'Zum Grünen Strand der Spree', which is very proud of its Private Brewery from 1788 we went back - finding out that my Knut, as you can see clearly in this picture, hadn't been idle either and had used his time by transgressing boundaries to flirt with a(nother) beautiful Italian,.. 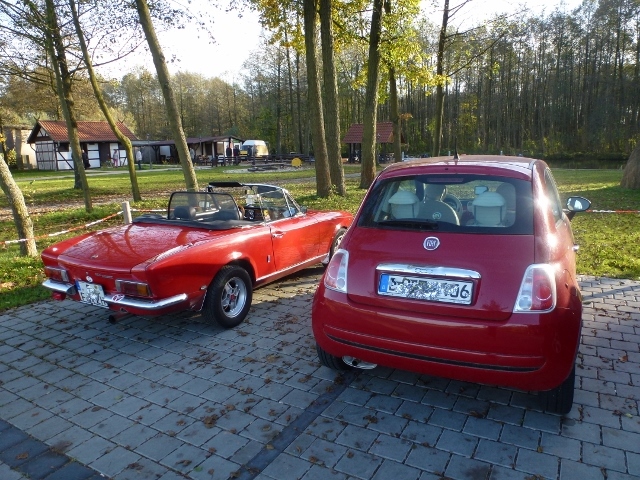 So: A wonderful day for all of us!
(or in my four new words of Italian):