"Look for something and you will even find something quite different"

This is one of my favourite quotations of Karl Foerster, the famous German breeder of herbaceous perennials. A powerfully eloquent man and writer, born 1874 in Berlin, he died 1970 in Potsdam, and was an universally sophisticated man - my idea of a Renaissance man.

True: I looked for something different on that slightly rainy Sunday in Bavaria. I pushed myself to join a guided tour of the town (I hate guided tours! but do a lot to fight November-Blues) with the title "On the traces of the Hohenzollern in Langenzenn".

And this is what I found: a jewel of a church. The then wooden church is supposed to be built in 945, burnt down 1388 in the City War from Nuremberg. Only a wooden Madonna survived, now "The Black Madonna", which became a pilgrimage destination. In 1467 the cloister was built for Augustiner monks, a three winged complex, built with sandstone and cloister and gothic cloistered courtyard  wonderfully preserved.

In 1533 the cloister was shut down by the Lutherian Reformation (though they had the decency to wait till the last monk died - of course no novices were allowed). 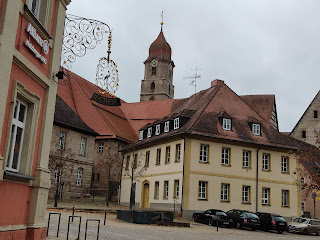 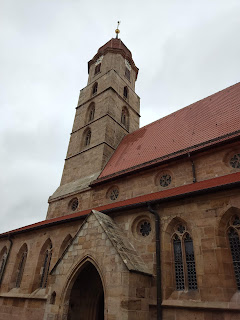 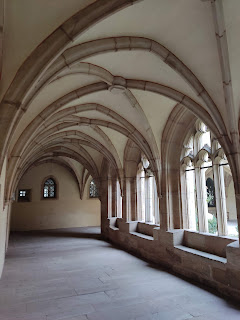 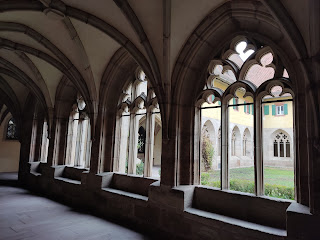 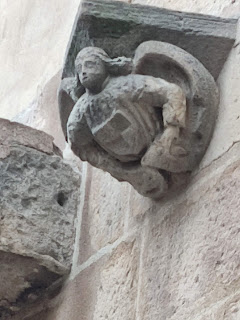 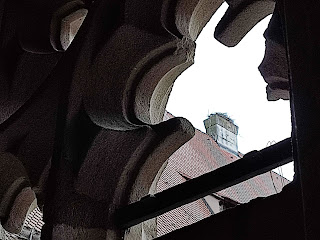 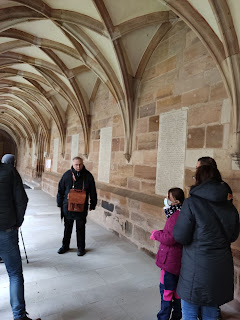 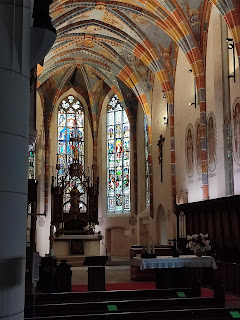 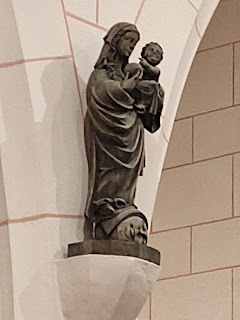 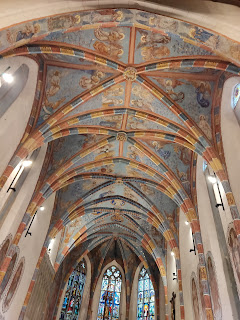 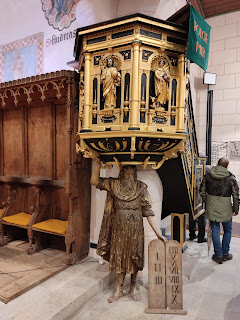 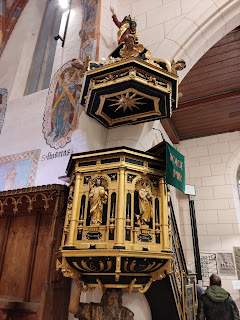 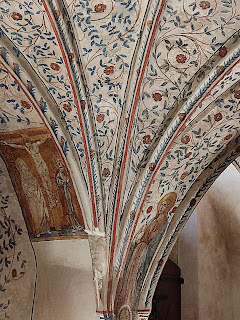 Imagine: this beautiful place is in my very neighbourhood - just one stop with the little red train! I can even walk through the fields to get there - such a joy!