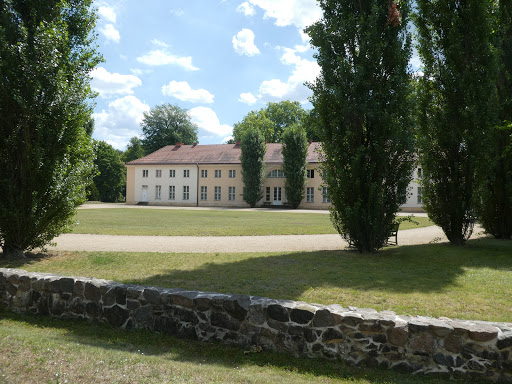 Dear You,
"This", said the Flying Dutchman with a stubborn sub-tone in his voice, "this is NOT a castle!"
Well - well - well -
but IT IS!
This is "Schloß Paretz" - a classicist castle in the little village Paretz (in Ketzin/Havel) which the Prussian King Wilhelm III. ordered to be buildt in 1797 (it was a manor before, so the Dutchman is right too).
The King used it for himself and his wife as a summer residence when they wanted to be far away from the ceremonial life at the Court in Berlin.
The interior was designed by David Gilly - it had fine unadorned furniture, made with good craftsmanship.
Outstanding are the very beautiful(and soon famous) wallpapers which even survived the years of the GDR. (After the Red Army the GDR used the castle for the VFB Tierzucht (= animal breeding).
Some wallpapers were imported from China, many came from Paris or Berlin,
painted or printed, 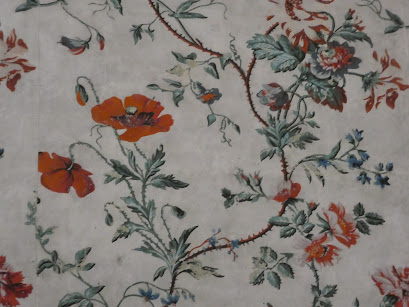 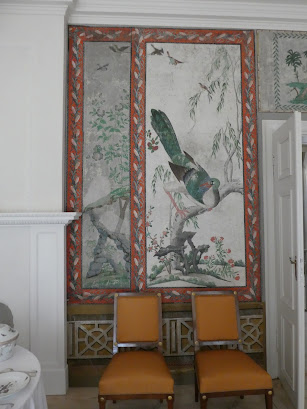 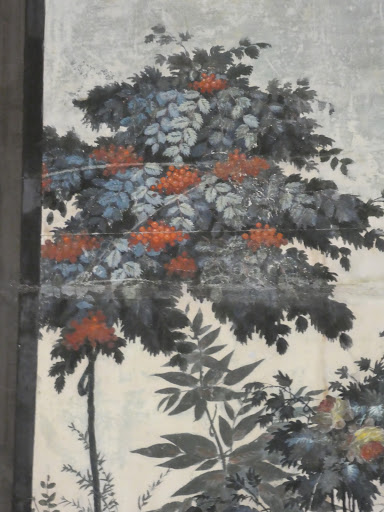 Schloß Paretz had beautiful castle grounds (after the English model)- a lot of it was torn down after 1945.
Otherwise I would have liked to show you that - maybe in winter? - on a tour with one of the funny sledges 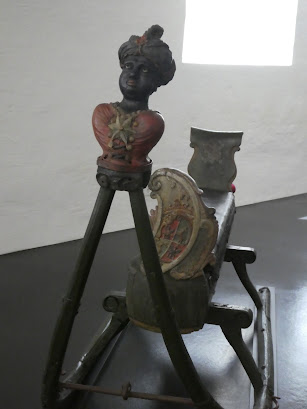 - though, come to think of it: maybe today some other iconoclasts might throw this one into a river, so it is safer to choose the chaise or carriage: 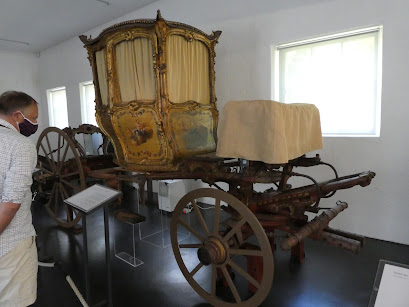 At least we are able to see the church:
It stems from the Middle Ages, some frescoes are still there, but the church you see nowadays is from 1797/98. 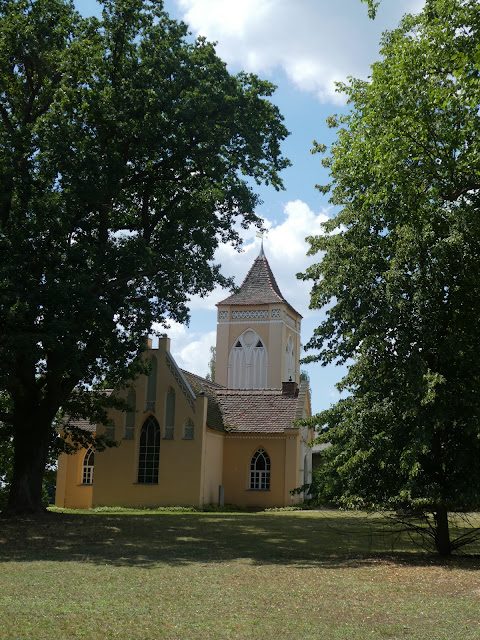 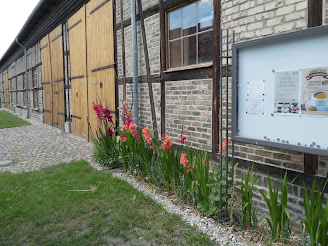 But the King and his wife Luise could rest, and play.
So they had fun -
which I wish you too.
Yours Truly, Britta 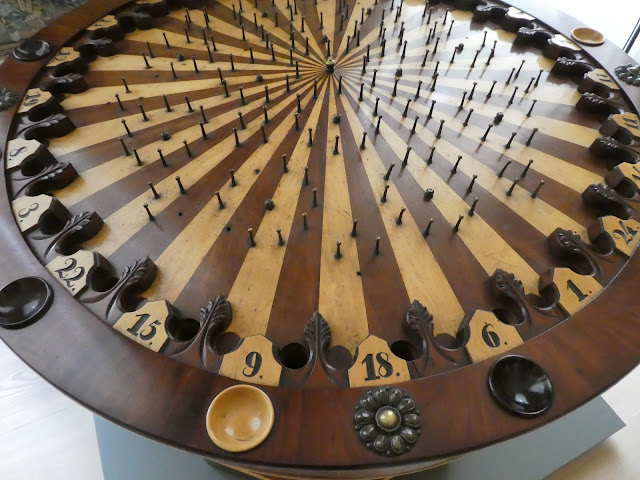