What to Do With Heaps of Diaries?

Dear You,
I started diary writing when I was almost twelve years old. I wrote a lot, and draw for a long time: family life, friends, and school were important (the drawings a bit pale): 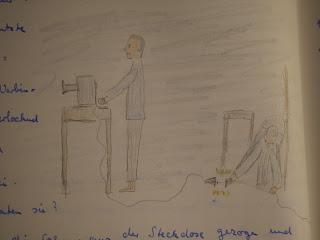 Here you see me with my (then) best friend Atie: 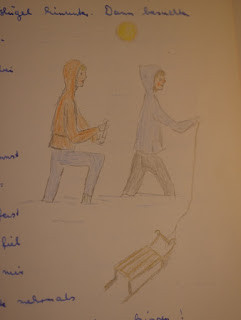 and little misfortunes as The Curious Incident of the Dog, who mistook our sledge for a tree were described meticulously in word and picture: 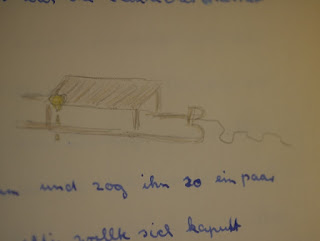 Atie and I wanted to stay together for all our life, thus I, then 13, was willing to marry her brother, so we would be relatives, Michael was five years older than I and allowed to drive the Merc of his father - here you see an interested young man with a tall, but very young girl: 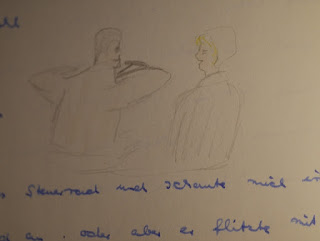 Sorry to say that my family did a lot to sabotage my plans. Long walking tours (with my little sister), 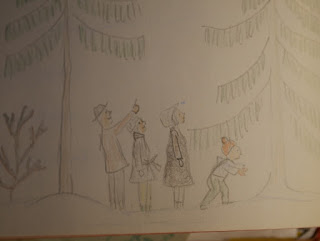 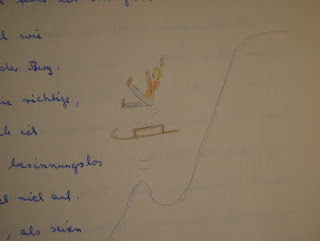 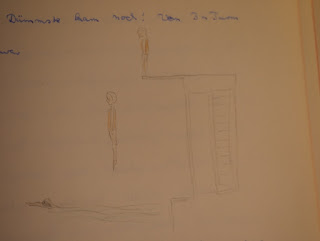 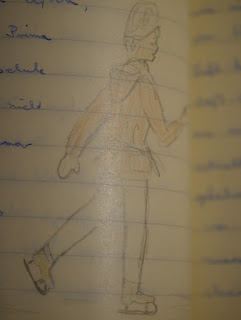 And then Atie's father was called to Karlsruhe to become a Federal Public Prosecutor, so we wrote each other volumes of letters (with drawings, of course).
I wrote (almost) all my life. So: the question is what to do with all those diaries? Of course I will keep the childhood diaries - and the many ones that I wrote (with lots of quotations) during the time when our son lived at home.
But the others? Even now I still write. And as you see: I have always the intention to "Make it short!", but...  By now there are over 150 diaries. I will think quite a while what I will do with them.
I still remember that I was utterly downcast when my family told me that my great grandmother Anne-Marie von Kroge had written some diaries and that one had fulfilled her last will and put them with her into her coffin. (In my case I would need a mausoleum...) 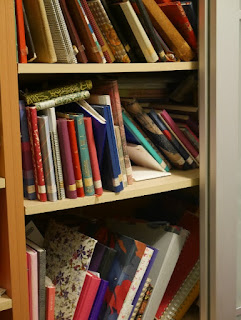 Email ThisBlogThis!Share to TwitterShare to FacebookShare to Pinterest
Labels: diaries