"They all ask me to jump to invigorate and to play soccer, to run, to swim and to fly. Very well. " Pablo Neruda 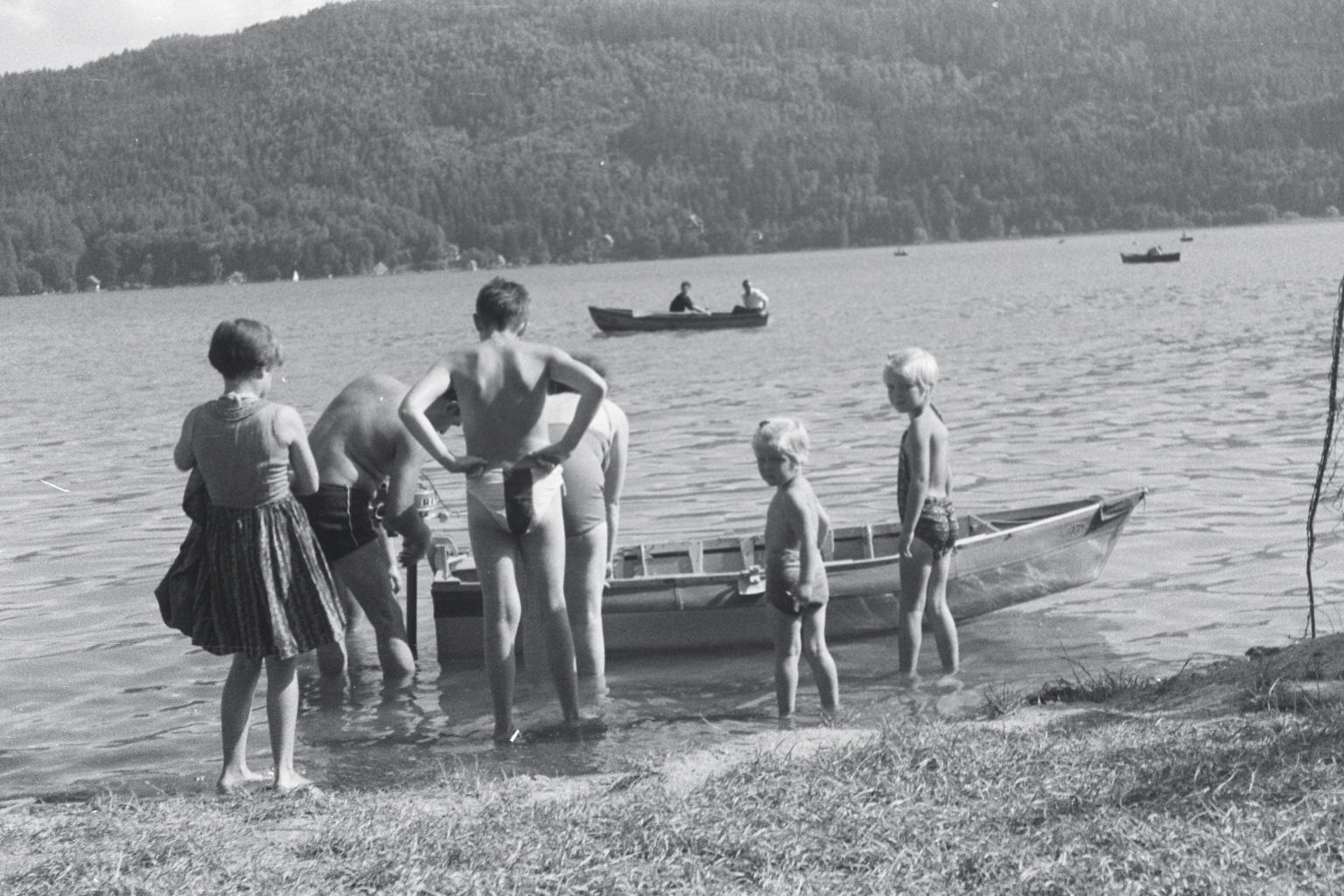 Outside for the first time in November temperature sank below zero.
So it might be a bit strange to tell you how I learned to swim - but Tom's blog http://tomstephenson.blogspot.de/2014/11/last-one-ins-sissy.html  inspired me.

Here you see me on a photograph in Austria. The two little blond girls at the right are my little sister and I (the other people I don't know).
But what I know is that we weren't allowed to go on a boat trip without being able to swim.
So I learned it in the lake Wörthersee in Kärnten.
First we swam around with a swimming ring - I still remember the strange feeling in the arm pits. Again and again our father showed us how to make the movements with arms and legs.
"Now you can do it without that swimming ring", he said after a while.
I might - but I wouldn't - being a coward with too much imagination.
So I swam around happily with that ring.
Into the lake run a long wooden bathing jetty. One day I was standing at its end, peering into the water.
"Jump!" my mother called.
"No - not without my bathing ring!"
"If you do, you'll get an ice cream!" I heard my father shouting from the boardwalk.
"No!" (You won't bribe me).
"Jump!" my little sister cried, sitting nicely at the shore.
"NO!!... - SPLASH!!! Splish! Splutter!! Gurgle! Gulp!!!"
That was me - struggling to keep myself over water - then swimming like a fish.(Without fishfinger coating swimming ring).
My father had lost his patience (which he seldom did otherwise, but he hated seeing me behaving like a - what said Tom so aptly - sissy). So he had sneaked clandestinely behind me - and pushed me in.
After the first shock I liked it."Come in, it's easy! Jump!" I called my sister.
I don't know whether she did.
But I remember we both got an ice cream.