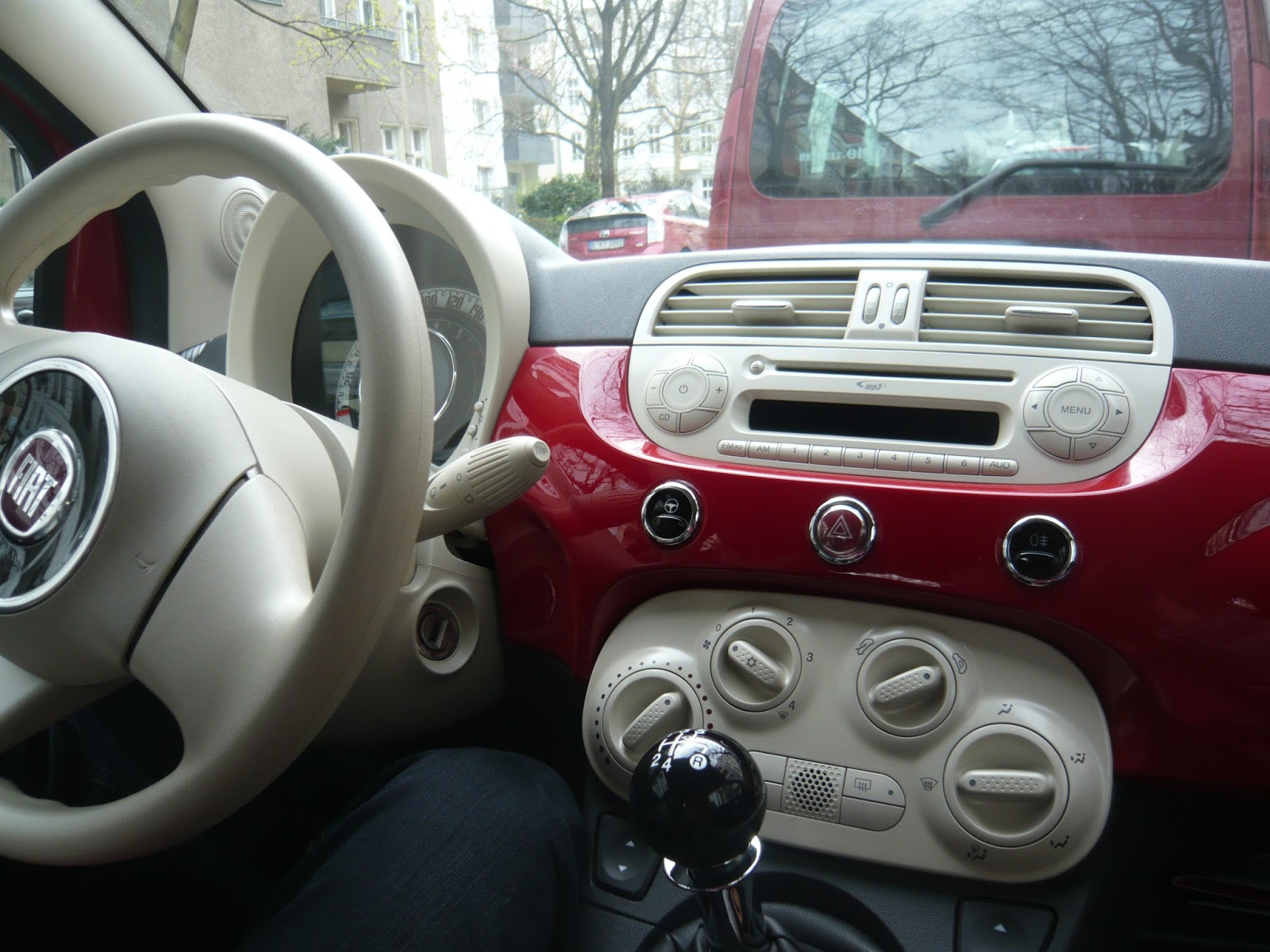 Dear You,
I have to tell you about my new car (well: I should write 'new', because it is used; never in my life I bought a new car - and I have bought a lot).
You might remember my jeremiad about the perfect old black Jaguar Daimler Double Six - with cream white leather seats, a lot of blinking chrome, a perfect condition, and a perfectly sensible price - being my dream car for oh so long - and then the desaster when I looked into the rear-vision mirror and saw - nothing, behind the window a void - though I felt there was quite a lot there...
Son encouraged me by sending links for MiniCoopers (which I drove by BMW's car-sharing here in Berlin), and then Son wrote: Why not a Fiat 500?
He sent me a link - and the car was perfect! The owner: an absolutely neat holder of a neat car - and the car being equipped with the special interior-version: not, as most have, grey interior - no, no: red and white, even the seats: red seat, (which are comfortable, even for Husband, who is 1.98m tall), and white round headrests. (I'm not that curious to find out whether the eight airbags are matching).
The number plate (which one keeps in Berlin after buying a used car) is a bit special: "B - TT 6606".
"I would change that", said an acquaintance.
I won't. Why should I?
The old version of this car, the Fiat Nuovo, built in 1957, was tenderly called "Topolino - little mouse" by the Italians. The Germans called them "Knutschkugel - canoodle-ball". Being used to names, this car, the Fiat 500 is the very first of about 12 very different cars I owned, that cried for a name.
I call him "Knut". Like: knuddelig, meaning cuddly.
(He first insisted to be called 'Cnut' - him being a bit on the eccentric side concerning appearances - to put it mildly). Our quarter is very much sought after by gay people - and Knut feels evidently drawn to them, and vice versa, but, as I have many friends among them, Knut accepts me too.
Yesterday you could see me with a car - beautiful, beautiful Ferrari red - filled up with palm tree, flowers and an aspidistra.
And that's our motto of the day:
"Knut - Keep the aspidistra flying!"
"Aye-aye, sir!"  (I told you...) 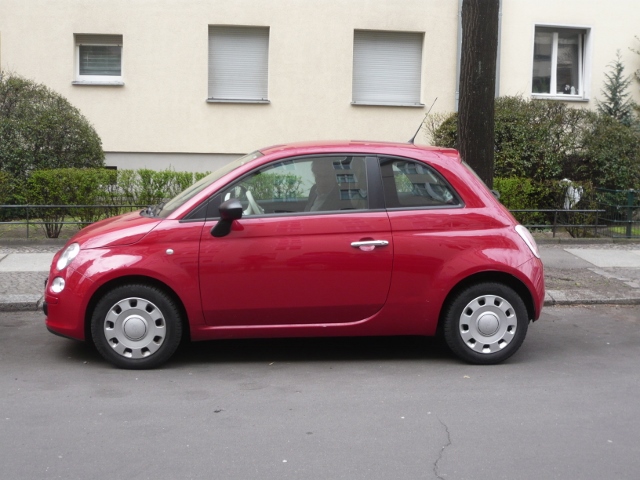