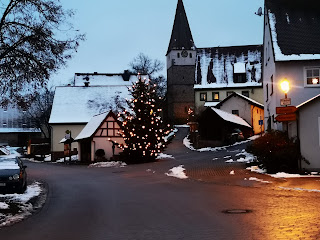 Tomorrow I travel to Berlin, so I will use the opportunity to send you, my blogger friends, the best wishes for a Merry Christmas and a Happy New Year.

Stay healthy and in good mood, be thankful for family and friends. I hope to see you all in 2022! 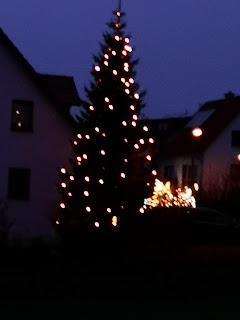 I try to write a post on my cellphone - not easy. Thus it will be (unusually) short.
I found a photo of the cart I gave to my grandchildren one and a half year ago - so useful for triplets! It has a motor, which is very necessary as we have more than "hills" here.
Nowadays it is seldom used. The triplets are 2 years and 4 month old and prefer to walk - long distances for little legs. The cart stands in the garage, and I look at it with a sort of nostalgia. 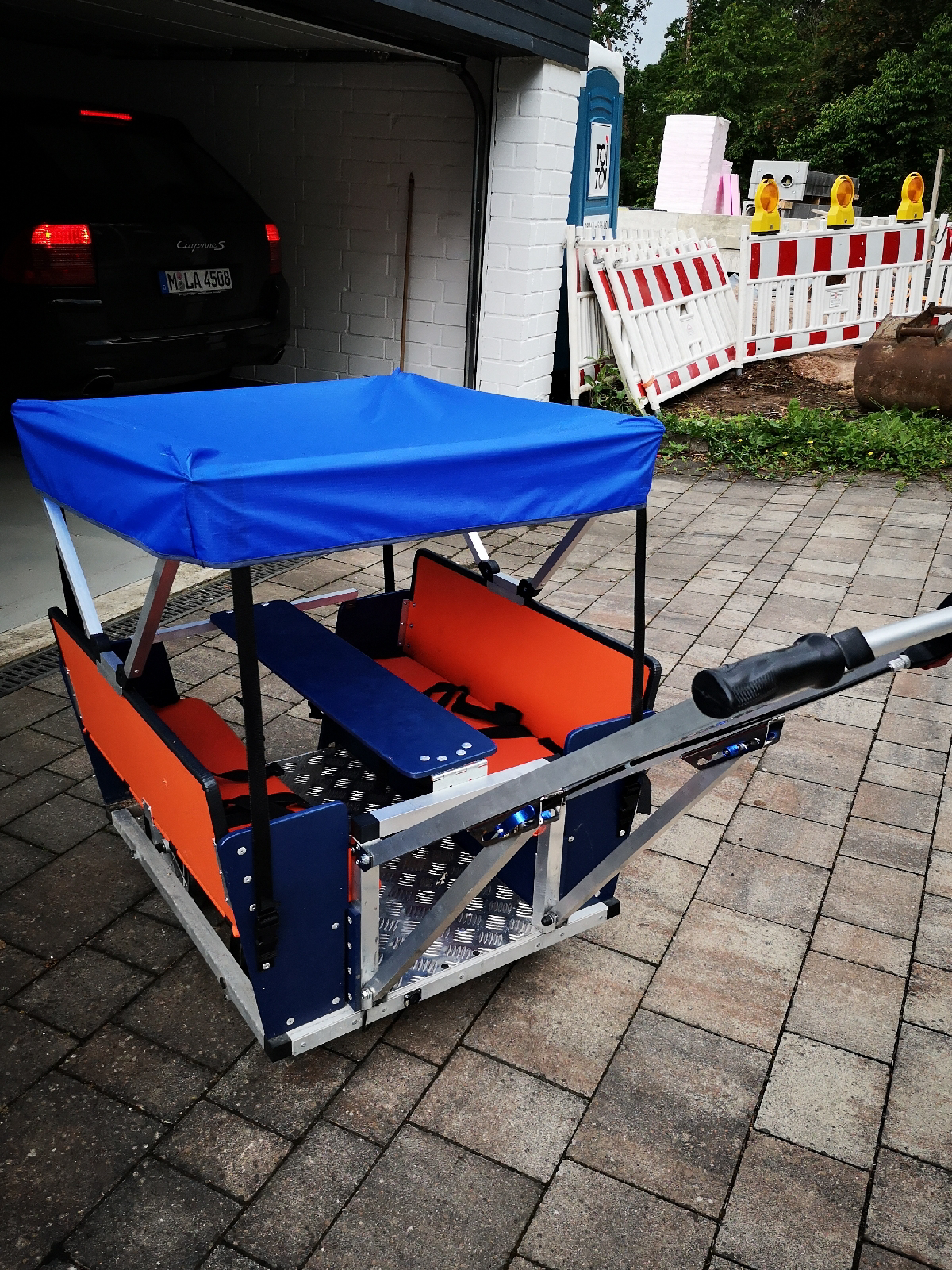 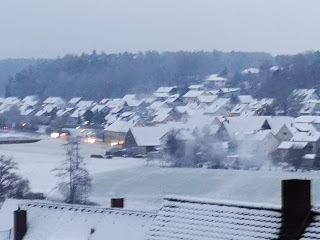 The last days we had snow in Bavaria. A lot of snow. 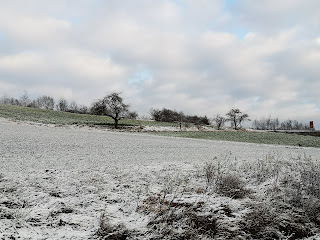 Which I enjoyed tremendously.
BUT (there is always a "but", I found out): here in the rural area you have to do snow shovelling.

A "funny" card hangs in the entrance hall that every tenant puts one hook further under the name of the next tenant - after a day of a lot (!!!) of hard shovelling. Cold Comfort Farm.

Fair deal - though I, city-spoilt, am neither used to clean the stairwell (we are 4 tenants) - including even the washhouse (and honestly: the stairwell, cleaned weekly is spick and span, so why bother every week - yet, of course I do (every fourth week) - nor shovelling snow.

It might substitute my fitness-centre (closed thanks to Corona): it must be done at 7 in the morning (I am a lark - that is not the problem - but they do so long and unnecessary parts in front the house (never used paths, Where Angels Fear to Tread) and in the street - shiver, shiver). AND it must be done as often as snow comes down (how can people do that who are at work in the nearby town?) till 7 o'clock in the evening.

In Berlin we have a janitor, who does the snow-shovelling, and two men who clean the stair well of the huge house built in 1902.

But I thought a while. Lady Chatterley sprang to my mind. NO - not what you might expect - but one of the tenants is a young forest ranger. So: quite strong. We made a deal: I pay good money for him shovelling the snow on the day when The ICEMAN my turn Cometh.

So we are both happy  - and I am free to go to Berlin without having to speculate whether snow will fall or not. Perfect.