She dat typa girl dat'll turn you into stone...

you might have noticed that I started a new blog, "Berlin zum Dritten".
The title is from Robert Gernhardt's poem 'Berlin thirdly', which starts:

"One never steps twice into the same city. You just aren't the same one as you have been. Once you were young, at that time the city was already old. Now you are older, and the city becomes younger."  (rough translation by me).

I write the blog in German, because I thought that I need a "stage" for my mothertongue too. The subjects which I choose from what I notice in Berlin might be too specially Berlin-centered. And if you are curious: I'll enable Google-translation.

Klick. CLICK!
.
I looked - and "turned to stone" -- ---second time this week   -----
that's why you see the beautiful marble statue that Gianlorenzo Bernini created about 1635 of Medusa in the picture above. (And of course it is a link to my recent German blog).
Google's translation into English (sort of...) is simply gruesome.
Being of a kind nature (and vain), I really pondered about the question whether I should translate the German posts into English. But that's a lot of work - and the sun is shining so nicely outside, the birds are singing --- I will think a while, then we'll see.

as Scarlett O'Hara said in 'Gone with the Wind'.
Maybe Im a bit shell-shocked   tired too. But you know: I'm a tough roly poly. 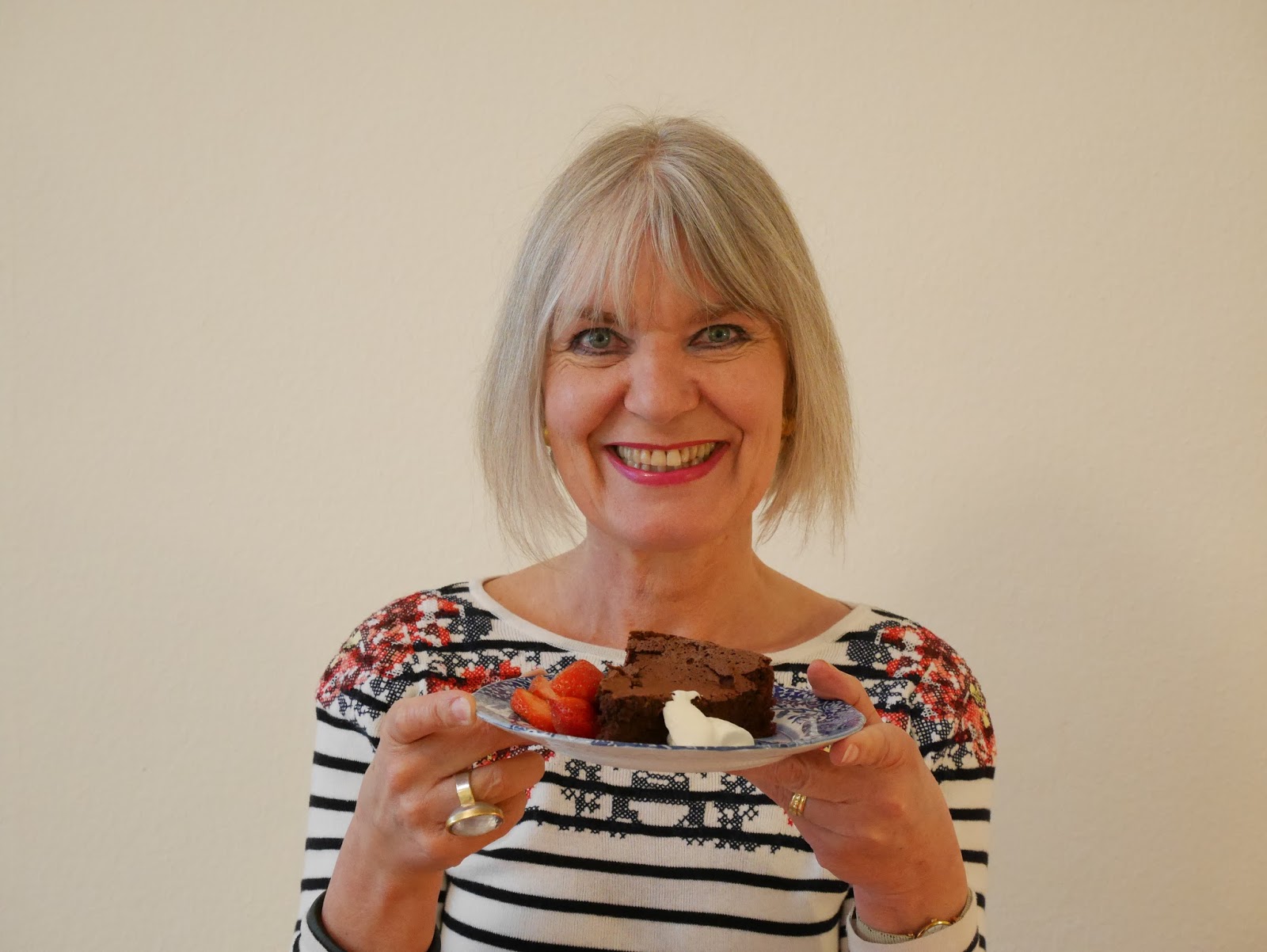 Dear Sir Paul,
on  http://magicalchristmaswreaths.blogspot.de/ you told me that today is "World Baking Day", and I promised to join in (proudly telling you that I translated "LEON. Baking&Puddings" by Claire Ptak & Henry Dimbleby for Germany's most famous publisher DuMont last year)
We had guests today, so I served the cake as a dessert. They all enjoyed it (me too, because it is easy and fool-proof to make). May I add that I took very dark chocolate, 75% - because one has to counteract the sugar.
Here it is: 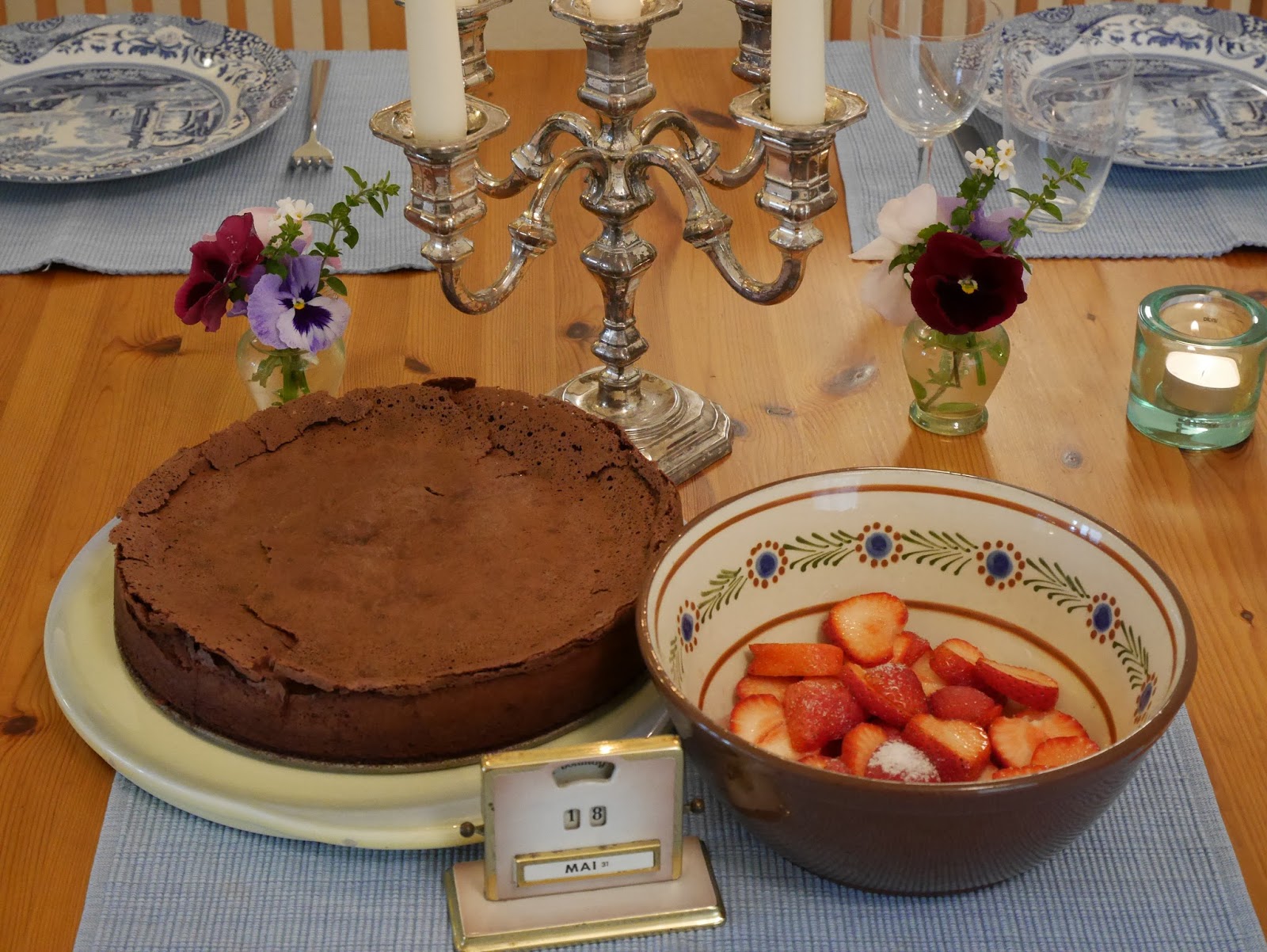 'Love after Love' by Derek Walcott 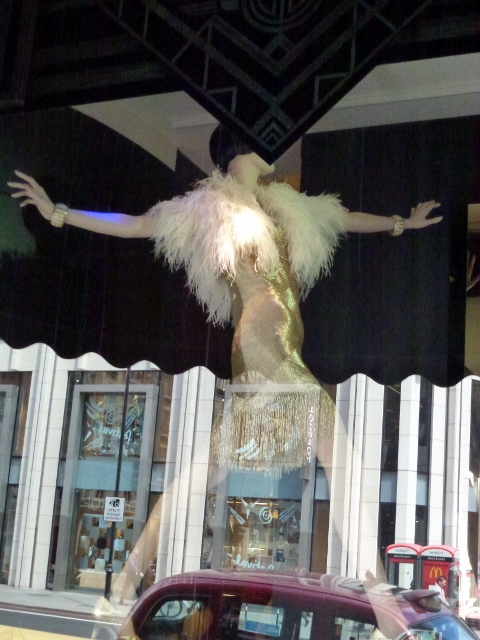 Dear You,
today I send you a beautiful poem by Derek Walcott. Normally I would put it on "Britta's Happiness of the Day" (www.burstingwithhappiness.blogspot.com), where I usually combine a photo with a poem (or rarely a quote) and then put in my two cents.
But you, Dear You, seldom find the time to look up that page - though it might bring more insights then my "little dabs here", as Miss Mapp would 'humbly' say.
This poem means much to me:

The time will come
when, with elation
you will greet yourself arriving
at your own door, in your own mirror
and each will smile at the other's welcome,
and say, sit here. Eat.
You will love again the stranger who was your self.
Give wine. Give bread. Give back your heart
to itself, to the stranger who has loved you
all your life, whom you ignored
for another, who knows you by heart.
Take down the love letters from the bookshelf,
the photographs, the desperate notes,
peel your own image from the mirror.
Sit. Feast on your life.

Because I love this poem, I comment here in a much longer form than on 'Happiness of the Day".
(There are many ways this poem is interpretated - sometimes as religious, sometimes as trying to reconcile the black and white parts in Walcott himself after the colonial era, sometimes as 'Find loving yourself after an unhappy relationship." .
I will not speak about these possible interpretations, nor about the formal construction of the four stanzas, the enjambement which links the stanzas to each other or the lines of varying length.)

Here I want to show you what I see in it.
For me it is a beautiful description of what might happen when you get older.
When we were little children, we accepted (or mirrored) our self in a direct and unadularated way. We were one with ourself. Then we were educated, learned how to please others, and with puberty we tried oh so hard to love "the prince" or "princess" - looking for the ideal person, the saviour.
When deeply in love we (often) ignored our self - till we became strangers to ourselves. We became thin.
"Give wine. Give bread, Give back your heart" - Derek writes.
When we get older, we (hopefully) find ourselves as worthy as others. We don't need another person to explain our life, shelter us. That does not mean that Love isn't a wonderful thing - it is! - but you will no longer love at the price of the loss of self.
At first you might be unhappy to get older - maybe losing the "romantic love",missing it with its drama and ups-and-downs. That way of growing-up doesn't seem that enticing - but: "The time will come/ when, with elation, you will greet yourself arriving."
And you might even get more. When I read the line: "peel your own image from the mirror", I instantly think of the book "The Empty Mirror" by Janwillem van de Wetering - he lived for a while in a Japanese Zen cloister.  The motto of his book is:

"The empty mirror", he said.
"If you could really understand that,
then you'd have no business here!"

To me, this means: total wisdom - the letting go of the Ego.
But till we are that wise, let's follow Derek Walcott's beautiful advice:

Today is World's Day of Laughter

I laugh very much - and it doesn't need a huge reason. If a person starts to laugh, it can happen that I hoot with laughter till the tears wash away my Amy-Winehouse-eyeliner. The following videos were quoted by the Süddeutsche Zeitung (with a lot of analyzing text) for the World's Day of Laughter, which is celebrated today. I hope you laugh with me.

Other languages can be funny:


...and administration- regulations: the Swiss Federal Councillor Hans-Rudolph Merz, who has to answer Parliament a question concerning meat-import: 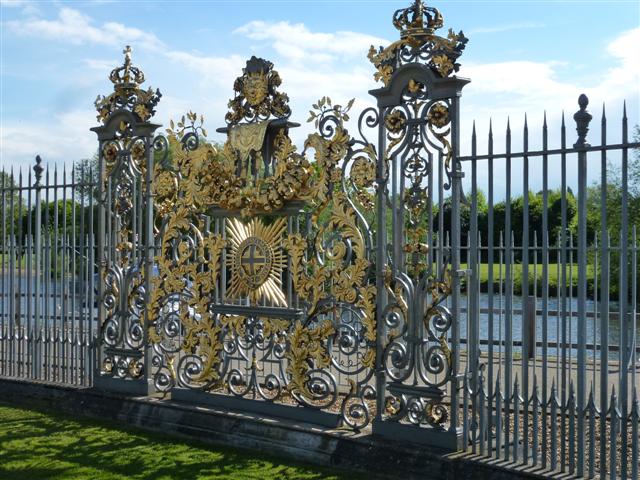 When I read the last post of Tom Stephenson about bumblebees, I remembered the story about the theft of a complete garden in England.
A man was moving within Bristol, and when later his wife drove to their old home, the 300 square meter garden was gone.
"Shrubs, trees, fieldstone terrace, flowers, borders, the pseudo-antique sun dial, benches, garden table (together with chairs), (...) wishing well, Italian platters, (...) garden fence, (...) all of it gone." As well as trees as tall as a man and two fishponds (with 17 kois).
In England "Garden-crimes" are no longer rare. One million gardens get plundered per planting-season, and the damage runs up to 105 million Pounds Sterling, say the insurance companies. Per year!
The police started the "Operation Bumblebee" - though the fast-seller was the bumlebee-coloured brochure, the thefts go on.
The more I read, the more alarmed I got. (Smiley, smiley!!) Could that happen to us too?
Mostly I would miss Vita Sackville's beautiful bench, the expensive basalt paving stones on which it stands, though the shimmering quartz square stones weren't cheap either. And the plants? Well - the rhododendrons are quite big, the virburnum, the Alpine azalea, the many, many box hedges, the roses, the rose arches and the rose obelisk, and the great perennials...  Gulp - that will amount to quite a sum. How lucky that no insurance agent is near - at the moment I might make an easy victim :-). Garden-household insurance. Everything insured except the the mouseprint - which of course would exclude everything, except the ground elder, the hazel bushes and the elder - and those not even thieves would want to steal.
I remember my neighbour from Kalenberger Moat. Two years ago she stood aghast in her front garden. She had planted twelve expensive precious roses, all along the house. And suddenly, one morning, they had vanished. Thieves had come under the screen of night, had digged out all the roses, put them on a hanger and disappeared , never to be seen again.
The chef of "Gardening Which?" let conceptualise an exemplary burglar-proof garden, "Safe Heaven" (or was it haven?). With hidden infrared-transmitters, bevelled pickets, and blackthorn, holly and berberies - all very defensive.
I ponder over my garden: seen under this aspect Vita's wild rose hedge is at least a success. To surmount the devil sheet might be difficult. Spiky roses all side long to the neighbour at the right. At left spiky common juniper - and how good that I never got a grip on the blackberries behind!
And the old wrought iron fence in the frontgarden has dangerous spikes. Now I understand why there are these ugly shards of glass on the corner wall - maybe in 1902 there was another person afraid for his hostas and his distinguished lilacs?
White gravel I have spread bewteen the box hedges (though there is always a little less for scrunching after each weeding). The only weak point is the garden entrance behind the house. But even at this entrance Husband and Son always complain about the deep-hanging roses on the rose arch. Now I have a new argument: it is part of my "Operation Bumblebee". The bumblebees and the bees have already understood that and mutter and buzz tantalizingly in the blossoms. And the blackbirds wear little caps and feel like Deputy Sheriffs.
"Colin Warburton, Bristol's John Lackland, has only a scornful snorting for these 'plant protection products'." "It's no use as long as nobody intervenes", he says. His neighbours had watched the repotting action as cool as a cucumber - assuming that it was part of the move." (Zeit-Magazin)
In my garden they wouldn't even be able to see anything, the neighbours...